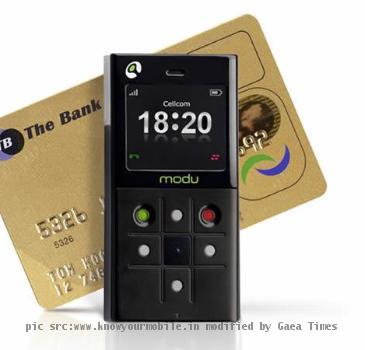 The 3.5G modu T was awarded the Guinness World Record for being the lightest touch phone in the world.

Priced at Rs.12,000, the 2.2-inch touch screen phone will be available in the market with pre-bundled 2GB memory card from Oct 22.

The phone comes with two “fy” devices, jackets, which when connected, add new features to the phone. The “camerafy” jacket converts the phone into a camera with a 5 megapixel resolution and LED flash. Alternatively, you can also “sportfy” your modu T phone and turn it into your exercise companion.

“Innovation has been a driver for Micromax success in India and we believe that by bringing the modu T phone to India, we are targeting the ‘aspirational’ segment of Indian consumers, who are the early adopters of technology and passionate about electronic gadgets,” said Vikas Jain, business director, Micromax.

The company also said it will launch five models in the Brazilian market and is waiting for the approval from Anatel, the telecom regulator of Brazil.

Jain said the company is also looking forward to launch tablets in the market.

“We are exploring the option of bringing tablets… however it depends on the consumer response once the third generation services are available in the market.”

The company has also filed a draft red herring prospectus (DRHP) with securities and exchange board of India for an initial public offering (IPO).