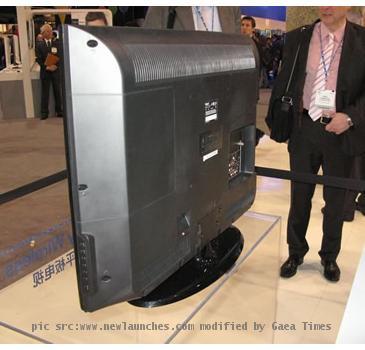 Americans might be spending quite a lot on their holidays as we reported recently but now it seems that Best Buy had learned that the customers are not willing to pay for something which they feel is expensive at the moment. Its promotion of the expensive 3D televisions have been largely ignored. The buyers have looked for greener pastures to snag the best deal possible.

The electronics chain surprised its investors by reporting the slowdown in sales this quarter. As the news that the public has shunned the top of the line TV’s this holiday season. It seems that the people are more interested in catching 3D in theaters as it was evident by Avatar, and Harry potter 7’s recent success but the high entry point of getting the 3D experience to their bed room seems to be too much. Its shared dipped 14.8% after the reports. The shares of competitors like gamestop have been affected as well. Best Buy chief Executive Brian Denn said that

The newer technologies, like 3D and IPTV (Internet Protocol TV), which we assort more broadly than anyone, have been slower to take hold

The results also imply that the consumer propelled US economy is still tethering from the economic slump. As we reported, the November reports had reasons to be optimistic but this news is definitely serving as a dampener for the holidays. People are more worried about getting more simple stuffs such as sweaters this holiday. What Best Buy did wrong was that it failed to keep the consumer interest by providing lower than expected discounts on the said products. Also the fact that the price of standard Television has reduced from $5000 to $1500 years are making the customers apprehensive of the high value of depreciation. Best Buy now is trying to target the lower end of the spectrum to salvage its dwindling fortunes. Let us see what comes out of this effort now that they have got the basics right.