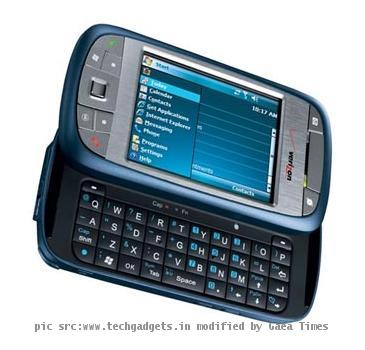 TORONTO - There is more bad news for BlackBerry maker Research In Motion (RIM) as its smart phone sales have slipped to the third position in the US market.

According to the latest data by the NPD Group, the US-based smart phone market tracking company, the BlackBerry’s share of the US market in the third quarter fell to 22 percent from 28 percent in the second quarter.

On the other hand, the sales of Apple’s devices rose marginally to 23 percent from 22 percent in the second quarter, pushing the BlackBerry maker to the third spot in the US smart phone market.

But it was not Apple, but the surge in the popularity of Google’s Android operating system (OS) which did the most damage to RIM in the US market.

The sales of Google Android devices jumped as much as 11 percent from the second quarter to account for 44 percent of all smart phones purchased in the third quarter.

“Much of Android’s quarterly share growth came at the expense of RIM, rather than Apple,” Ross Rubin, executive director of industry analysis at the NPD Group, said.

“The HTC EVO 4G, Motorola Droid X, and other new high-end Android devices have been gaining momentum at carriers that traditionally have been strong RIM distributors, and the recent introduction of the BlackBerry Torch has done little to stem the tide,” he said.

According to the data, Android’s operating system has made such an impact on the market that the share of RIM OS has declined by 53 percent, and that of Apple iOS has fallen by 21 percent since 2009.

Because of this onslaught from Android OS, “Apple faces challenges in further expanding its domestic market share, while still retaining exclusivity,” said Rubin.

Just two weeks ago, Apple CEO Steve JObs had taunted RIM, saying,”we have now passed RIM, and I don’t see them catching up with us in the foreseeable feature.”

But it is Android OS that is becoming the major worry for him and BlackBerry bosses.

(Gurmukh Singh can be contacted at gurmukh.s@ians.in)