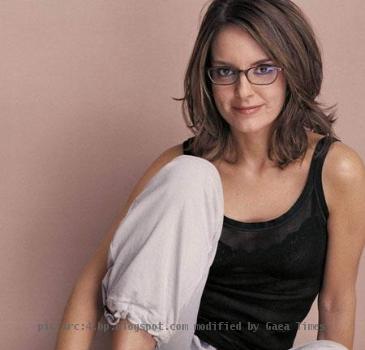 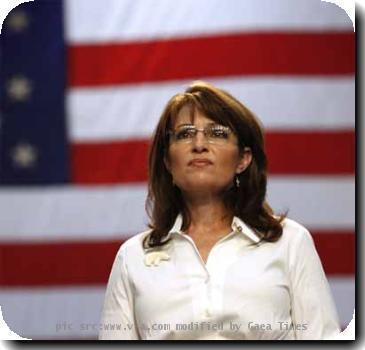 First-time candidate Kelly Ayotte hopes so as she campaigns for a Senate seat in a state known for a late-deciding, independent-minded electorate.

In New Hampshire, as elsewhere, the economy, federal spending and the role of government are the issues, and the 42-year-old Ayotte, a former attorney general, campaigns as a conservative who wants to “eliminate agencies, eliminate earmarks” in first steps toward taming deficits.

With Tuesday’s primary approaching, she boasted to a few dozen supporters at a cocktail reception recently that she’s the only Republican who has been criticized by Rep. Paul Hodes, who will be the Democratic candidate this fall. “And the reason is he knows I can beat him,” she added.

But it’s precisely her support from the party hierarchy as well as from Palin, anti-abortion groups, law enforcement organizations and others that gives opponents hope of springing one more upset in a primary season in which Republican voters repeatedly have repudiated establishment candidates.

“The fact is I am the outsider … and will be more independent in affecting reforms” in Washington, says Ovide Lamontagne, Ayotte’s closest pursuer in the polls in a multi-candidate field. “I am not the establishment candidate and not a new conservative out to get your vote,” is his pitch in a campaign-closing television commercial, his only of the race.

There is no significant difference between the two on economic issues, and little on social policy. Lamontagne rebuts her argument that she can run as a conservative alternative to Hodes, noting she is a recent convert to a ban on earmarks — lawmakers’ pet projects for back home — and says she would have voted to confirm Justice Sonia Sotomayor to the Supreme Court.

New Hampshire is one of seven states with elections Tuesday, near the end of a turbulent primary season in which the Republican Party, Palin and tea party activists have often struggled for advantage in race after race. Several party-backed candidates have lost nomination battles so far, and in Colorado, officials appear to have written off the upset winner of the gubernatorial primary.

Also on the Tuesday ballot is a Republican Senate primary in Delaware, where the establishment backs veteran Rep. Mike Castle while Palin and the Tea Party Express favor Christine O’Donnell.

Castle, a moderate Republican, is widely viewed by strategists within both political parties as the only Republican who can win the seat in the heavily Democratic state that is home to Vice President Joe Biden.

New Hampshire is one of five states where Republican senators are retiring, and the party’s loss in any of them would likely doom its hopes of gaining the 10 seats they need to capture the majority.

Ironically, Hodes’ decision to give up his House seat adds an element of uncertainty to the Senate race. Former Republican Rep. Charlie Bass is running for the GOP nomination to take back the office he once held, and is favored over Jennifer Horn. She has support from tea party activists, though, and an upset in that primary could affect the Senate campaign.

If Ayotte is well-funded courtesy of the establishment, she is a “mama grizzly” by Palin’s pronouncement. She has been the front-runner in the polls for months in a crowded race to replace retiring GOP Sen. Judd Gregg, who said in an interview she is “uniquely talented” to take his seat.

For much of the summer, Ayotte’s chief competition appeared to come from Bill Binnie, a wealthy businessman who also was making his first try for public office. His chances have dimmed considerably in recent days, judging from private and public polls, as an exchange of negative ads sent his own popularity plummeting with little discernible impact on the front-runner’s standing.

In the campaign’s final days, he is urging independents to support him as the only Republican who favors abortion rights.

It’s a jolting switch in tactics, and not the type of appeal that has won Republican primaries elsewhere.

Enter Lamontagne, an attorney and former head of the state Board of Education, who says, “you can’t get to the right of me.”

More than a decade ago, he stunned the establishment with a late surge to victory in a primary for the gubernatorial nomination, only to lose the general election overwhelmingly.

While the economy is the overarching issue in the campaign, voters of all political leanings volunteer their disgust with partisan bickering in Washington.

“I don’t know the answer for fixing the economy,” says Julie Whitcomb of Mount Vernon, who was forced to close her small general store when the land it sat on was subject to foreclosure. “The politicians should stop worrying about whether it’s a Republican idea or a Democratic idea.”

Whitcomb is a Democrat, but Steve DeMaris, a homebuilder in Amherst and a Republican, agrees.

“Politics in my opinion is going around in the same circle,” he says. “I’m totally sick of it and I’m scared.”

Ironically, for all the concern about the economy, New Hampshire’s is better than many states. Unemployment in July was 5.8 percent, far below the national average of 9.6 percent, and has declined for each of the last six months.

In an interview, Manchester Mayor Ted Gatsas said the city was able to put $500,000 into its rainy day fund in the last budget year while hiring 12 new teachers and an assistant superintendent. A new hospital is under construction, and the city will host the 2010 World’s Championship Chili Cook-off next month, a boon to the local tourism industry.

Gatsas spoke while escorting Ayotte around a bingo hall, which slowly filled up with hundreds of players drawn to a Wednesday night prize of more than $50,000.

A pair of 20-somethings take in the scene, Red Sox T-shirts on their backs and concern about the economy on their lips.

“I’m trying to find a better job, and it’s hard to find one,” says Michael McAllister, 25, of Hooksett, who works part time.

Holly Jouin, 24, of Auburn, concurs. “I’m pretty much for anything that will help the economy because pretty soon I’ll be graduating and looking for a job to better myself.”

Both are undecided in the days leading to the primary.