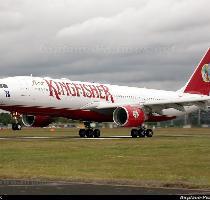 Following the deal, all individual members of Oneworld have already agreed for a bilateral co-operation with Kingfisher Airlines. British Airways has also declared that they shall be coming up to help Kingfisher Airlines make the very best out of the deal. Normally it takes a total duration of 18 to 24 months to bring on board the airlines that joins Oneworld alliance. As a matter of fact its a complex project which connects the IT system of the Airlines to the Oneworld mainframe. Along with that the customer service, the frequent flyers process shall also culminate in meeting the standards that are being set by Oneworld. Apparently, the deal between Kingfisher Airlines and OneWorld shall be a significant change and a great milestone in the history of Indian Aviation Industry.