Ambassador Car To Get A New Look 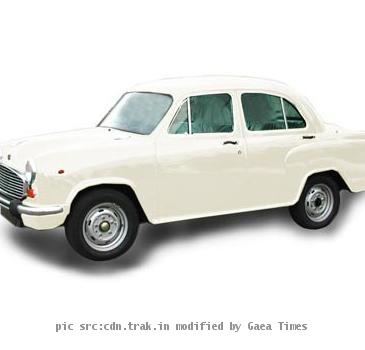 KOLKATA, INDIA (GaeaTimes.com)- The iconic Ambassador car made by the Kolkata based Indian automobile manufacturer Hindustan Motors is all set to get revamped, the company officials revealed recently. The car maker is gearing up to give a new look to the car in collaboration with design firm Ohio Design which is based in Pune and with the news features, the vehicle would be made available in the market from the first quarter of the 2011-2012 fiscal year. The brand new initiative of Hindustan Motors to churn out revamped editions of the Ambassador car is one of the first steps to revitalize the company which has been on the brink of financial losses in the first quarter of the current fiscal year.

While talking about the new initiative undertaken by the company, HM managing director Manoj Jha divulged to media outlets that the Pune based firm is working in close association with the core HM team to give a new style to the Ambassador car. The automaker managing director also went on to say that the main purpose of revamping the vehicle is to enhance the spectrum of target audience by offering the car in different variants. At the same time, Manoj Jha also added that the first prototype of the new edition of Ambassador would be made by next month and it is scheduled to be commercially launched by the first half of next fiscal year.

With the new variants of the Ambassador car, Hindustan Motors aims to provide a major impetus to the sales of the car. The HM managing director recently told reporters that the automaker intends to increase sales of the model to 24,000 from the current 12,000 in the next 15-18 months.