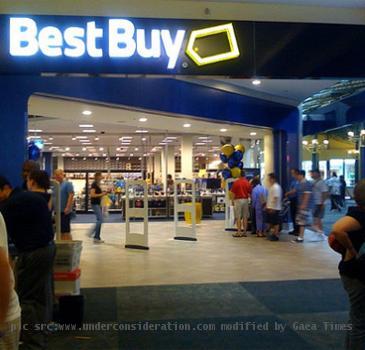 SAN FRANCISCO (GaeaTimes.com)- With Black Friday approaching the top US retailers are trying to woo the customers with their competitive deals and some of their deals which have already appeared on the web are making the shoppers berserk with excitement. To be frank, some of the Black Friday deals are simply irresistible and the buyers are literally spoilt for choice. This year the retailers like Best Buy, Walmart and target are focusing more on the popular gadgets and home appliances which has ensured a dream coming true for the gadget freaks. The Best Buy Black Friday ad has been published and the retail giant really has some great deals on popular gadgets and electronic devices. Best Buy like some of the other top retailers is going to open its stores in the very early morning on Black Friday so that the buyers get enough time to grab their products amidst the rush.

2010 is a year that has seen the price of HDTVs going down like never before and Black Friday is possibly the best time to buy the HDTVs. Best Buy does have some really nice deals on LED, LCD and Plasma TVs and the TV buyers can choose which suit them the best. The Panasonic Viera 50 inch Plasma TV which is being offered at $699 is a great deal. This TV has a FullHD resolution. If you are among those who would not settle for anything other than Sony then the Bravia 46 inch EX 400 LCD TV is something you can consider. It is going to be sold for $698.99.

Best Buy Black Friday 2010 Ads also have some great deals on mobile phones and cameras. The professional photographers can opt for the excellent performer Canon EOS Rebel T2i DSLR. Its price has been set at $799.99.