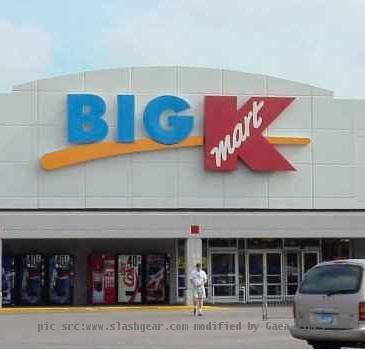 SAN FRANCISCO (GaeaTimes.com)- The Black Friday is just a few days away and the giant retailers in the USA are leaving no stones unturned to lure the buyers on the much awaited day. They are trying to offer the buyers the best possible deals to ensure they flock to their stores and not at the rival outlets. The Kmart Black Friday Ads 2010 is out now and the ads have created sensation among the prospective buyers all over. There are a number of great deals meant for the gadget and gaming lovers. The Kmart ads for Black Friday came out just after Target and Wal mart two of its rivals brought out their own Black Friday ads for the buyers. This year the retailers are offering lucrative deals on a number of home appliances and gadgets. Sears Holdings the owner of Sears and Kmart has made it clear that both on Thanksgiving Day and Black Friday their stores will be open all along. The gainers at the end of the day will be the buyers of course.

This year the Kmart stores will be kept open from 4 am on Black Friday. It would be wrong to assume that the gadget lovers will be smiling at the Black Friday 2010 deals of Kmart. The women will love the Laura Scott handbags that will be sold after a hefty 40 percent discount. The casual photographers will love the deal on the Canon SD1400 digital camera. At $149.99 it is great deal.

The Kmart Black Friday Ads 2010 has brought good news for the gaming addicted lot as well. There is a nice deal on the Batman: Arkham Asylum game as well.