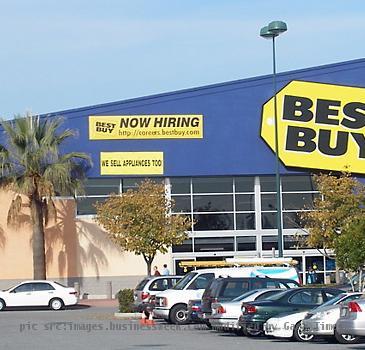 SAN FRANCISCO (GaeaTimes.com)- With Black Friday approaching the customers and retailers are becoming excited and the various Black Friday deals being revealed by the top retailers are leaving the buyers spoilt for choice. The Target and Walmart Black Friday ads were revealed sending the excitement and frenzy of the shoppers soaring upwards and with the Best Buy Black Friday ad coming out, the choices have become abundant. Best Buy established in 1966 is rated as one of the leading US retailers. The products offered by the retailer on Black Friday are plum ones and if the market buzz is to be believed it may start selling some of the low priced products before Black Friday which is Nov 26th.

Best Buy is also bundling gift coupons with some of its products to be sold on Black Friday as the ad reveals. There are a number of attractive offers on gadgets and home appliances like LCD TV, Blu-Ray Players, computers, washer dryers and media players etc. The Best Buy Black Friday deals may sound tempting for those who are planning to buy a laptop. On some Samsung laptops there is a flat discount of $150. A Sony Vaio model with Intel Dual core CPU, 320Gb HDD and 3 GB Ram is available at $399.99. HP and Compaq laptops are also being offered at great rates.

Best Buy is also offering some of the popular smart phones at rock bottom rates on Black Friday as the ads reveal. Some models of LG and Samsung from carriers like Sprint, AT&T and Verizon are also on offer. LG and Samsung home appliances are also available at low rates.