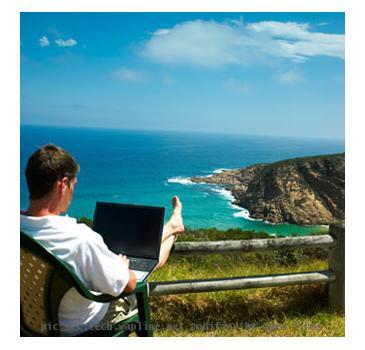 NEW DELHI, INDIA (GaeaTimes.com)- Today the auction for government BWA services came to an end. The Government of India reaped an amount of $8.56 billion or Rs. 38,543.31 crore from this auction, as it has been reported. The auction lasted for a little more than two weeks and 11 companies took part in it. Surprisingly, the Reliance Telecommunications, a telecommunication giant owned by Anil Ambani made a surprising exit from the auction a few days back. The pan India auction started on May 24. It has proved to be quite profitable for the Government of India. The government also raised a huge amount of money from the 3G auction held a few weeks back.

The BWA auction is a prerequisite for using Worldwide Interoperability for Microwave Access services. Once this rolls out, the laptops and handheld devices can be used for internet access at blazing speed. Delhi and Mumbai were two circles that got the maximum number of bids. The companies like Idea Cellular, Infotel Broadband Services, Tikona Digital Networks, Tata Communications Internet Services and some others took part in the auction. The state run BSNL and MTNL have already got 20 MHz spectrum in their service zones.

Infotel Broadband Services bagged the bids for all circles in this auction. Aircel which is fast becoming a major cellular operator won bids for as many as 8 circles. Qualcom has also got the rights for Delhi and Mumbai. The revenue of the government from 3G and BWA auction has exceeded the limit expected by Union Finance Minister Pranab Mukherjee. The earlier projection was INR 35,000 crore.