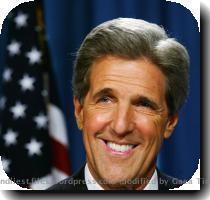 WASHINGTON — Two of the Senate’s leading foreign policy experts expressed doubts Wednesday about the course of the war in Afghanistan, further complicating the Obama administration’s effort to maintain support for the nearly 9-year-old conflict.

Sen. John Kerry, D-Mass., chairman of the Senate Foreign Relations Committee, said it’s not clear that the administration has a solid strategy for prevailing, and the panel’s ranking Republican, Richard Lugar of Indiana, decried “a lack of clarity” about U.S. war goals.

Their complaints were aired at a hearing in which the administration’s special envoy for Afghanistan and Pakistan, Richard Holbrooke, acknowledged that the way ahead remains in doubt.

“There are significant elements of movement forward in many areas, but I do not yet see a definitive turning point in either direction,” Holbrooke said.

On the hopeful side, he said, the pace at which NATO-trained Afghan police and army troops quit or desert has declined, yet it is too early to know whether that trend can be sustained.

Holbrooke said he and Secretary of State Hillary Rodham Clinton will visit Afghanistan next week for an international conference at which President Hamid Karzai is expected to make commitments on strengthening the rule of law, combatting corruption and building an economy.

The administration has said it will review its Afghan strategy, which was announced last winter, at the end of this year. But slow progress against the Taliban, plus the disruptive effects of the firing of the outspoken American commander there last month, has stirred a growing unease among many in Congress, including leading members of Obama’s own party.

Sen. Carl Levin, D-Mich., recently said that while there is “solid support” for the war among Democrats, “there’s also the beginnings of fraying of that support.”

Anthony Cordesman, a military analyst at the Center for Strategic and International Studies, said in a report Wednesday that it’s too late to adopt a new approach to the Afghan war.

“It may be interesting to propose new strategies for the war in Afghanistan, but it is also pointless,” he wrote. “The change in the military command in Afghanistan has occurred at a time where the campaign is already under way, and where present strategy has to work, or else the next set of decisions will be the tactics of how to leave.”

Kerry opened Wednesday’s hearing with strong words of warning for the administration. He said the blood and treasure invested in Afghanistan since 2001 will be “irrelevant” in the absence of a serious strategy for building an Afghanistan that can provide for its own security.

“The problem is that the key element of this strategy is the one over which we have the least control, and that is the willingness and ability of Afghans to assume ownership of the efforts,” Kerry said.

“Ultimately, we need a better understanding of exactly what the definition of success is in Afghanistan, and what an acceptable state looks like there, and how achievable it is,” he added.

Kerry said he was not ready to give up on Afghanistan, but the tone of his comments was somber.

“Some suggest this is a lost cause,” he said. “But grim as the statistics are, heartbreaking as every death is, this is not the time to give up.”

“There is substantial concern about our course in Afghanistan,” he said, “in part because of the recent disruptions in our own military leadership,” but also because hoped-for gains in Afghan military training, governance and economic development “have not occurred in ways that boost confidence.”

“The lack of clarity in Afghanistan does not end with the president’s timetable,” Lugar said, referring to Obama’s plan to begin withdrawing U.S. forces in July 2011. He said it also is unclear what specific, measurable gains are required before Afghanistan can be considered secure.

“At some moments it appears as if we are trying to remake the economic, political and security culture of Afghanistan. We should know by now that such grand ambitions are beyond our resources and powers,” he said.

At other times it appears U.S. goals are much narrower, he added, namely preventing the Taliban from taking over the government and turning Afghanistan once again into a haven for terrorists. Even if that narrower goal were adopted, it would require more explanation, he said.

Lugar asked whether the U.S. has become stuck in a slow-motion caravan to ultimate failure.

“Arguably, we could make progress for decades — on security, on employment, good governance, women’s rights, other goals — expending billions of dollars each year without ever reaching a satisfying conclusion,” he said.