Little consensus among voters over what fall election’s about, making for unpredictable year 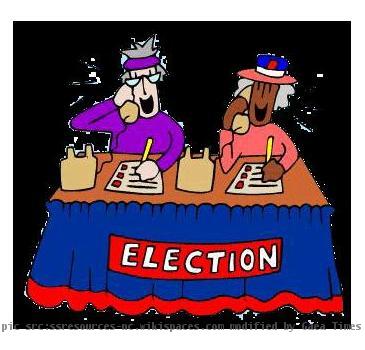 Many voters, many views of crux of election

KANSAS CITY, Mo. — There’s the die-hard Democrat from Texas who says November’s elections are about keeping Republicans from power. There’s the North Carolina Republican who says it’s about firing Democrats for growing government. There’s the Florida guy who lost his job and says it’s all about unemployment.

At Kansas City’s Union Station, smack in the middle of the country, people scurry in different directions, racing past each other as they pursue their destinations. And in 2010, a year of fragmentation if there ever was one, watching them scatter is not unlike how American voters view politics.

Their opinions as are varied as the places where they’re coming from and where they’re going. That makes for a complicated election season.

Only this is clear three months before the first midterms of Barack Obama’s presidency: There’s no shortage of political themes emerging.

It’s far from certain how this mishmash of voter opinions will affect the outcomes of races this fall when all 435 House seats, one-third of the Senate, and a majority of governor’s and legislative jobs will be on the ballot.

An independent Missourian focuses on firing incumbents. Minnesota parents of three young boys talk of health care, the economy, education and their disappointment with Obama. Arizona retirees watching their state try to crack down on illegal immigration view November through that prism.

“But that’s just us. That’s how we see it, probably because of where we live,” he says. And she continues: “It might be the economy or something else if we were from a different place.”

At this railroad depot, if not throughout the entire land, the only things that seem universal are a deep anxiety about where the country is heading and a disillusionment about politics, no matter who’s in charge.

Beyond that, there’s no discernible consensus over precisely what these elections are about or what they say about the nation. Is it a throw-the-bums-out year? Or is it, as Bill Clinton’s campaign liked to say in 1992, “The economy, stupid?”

What about the GOP’s claim about it being a referendum on Obama, the Democratic-controlled Congress and the policies enacted under them? Or are Democrats correctly calling Nov. 2 a choice between sticking with the status quo under Obama and his party or returning to the “failed policies” of the George W. Bush era under Republicans?

In 2006, the last midterm, the crux of the election was clearer.

Opposition to the war in Iraq galvanized voters against Bush and Republicans who controlled Congress, putting Democrats in power in both the House and Senate while paving the way for a Democratic takeover of the White House two years later.

Today, countless story lines are playing out across countless races. Everyone — from elected leaders to political operatives to real people — seems to have a different take on what’s important. That presents challenges to candidates trying to persuade people with poll-tested messages.

With the unemployment rate stagnant at 9.5 percent, polls overwhelmingly show the economy and joblessness are top concerns. Anger and frustration is clear — with Washington, with politicians, with institutions. Every other issue plays a supporting role.

But peel back that surface measurement of voter feelings, and the layers beneath show that voters have far more complex viewpoints. What people value most seems to depend largely on individual experiences and geography.

To Wayne Ingram of Dallas, this fall is about keeping the status quo.

“We need to preserve the seats of the Democrats so the current administration can keep doing what it’s doing,” says the Democrat. He wants to give his party more time to see if Obama’s policies are working. As his grandson marvels at a model train, Ingram frets about a GOP takeover and talks of how Republicans have “a child’s mentality of ‘I’ll take my ball and go home.’”

Nearby on a bench, Bruce and Andrea Manston of Moorehead, Minn., juggle their three squirmy, towheaded boys and lament about how they voted for Obama but now are underwhelmed. They’re not hot on his education plan. Health care is a major concern. They’re down on Congress, both Republicans and Democrats. A small business owner and a teacher, they say the sluggish economy isn’t personally affecting them or their agricultural-based region much.

They struggle to answer when asked what will drive their votes this fall.

He suspects they’ll probably resort to this: “Pick the lesser of two evils.”

For Ed Schweder of St. Joseph, Mo., the choice is stark: “I’ll vote for anyone who’s not an incumbent.”

An independent voter, he views this election as a chance to fire sitting lawmakers. “They’re just crooks — both Republicans and Democrats. They’re in it to feather their own nests and we pay the bills. … One term is enough for everyone.”

All this variation could mean an extraordinarily unpredictable election year.

So far, the outcomes of primary races have pointed to a political environment with no single pattern or theme.

Six incumbent lawmakers have been fired. But many also have won their races — and in places with rampant joblessness and foreclosures. The tea party — filled with conservative-libertarian acolytes — has won big in Nevada, Kentucky and Colorado. But it’s also lost just about everywhere else. There have been both winners and losers when it comes to candidates preferred by establishment and those with ties to Washington.

—The president’s party usually loses a slew of seats in the first midterm elections of a presidency.

—Voters take out their frustrations on the party in power.

—A president’s party will suffer at the polls if his job performance rating is below 50 percent — as Obama’s now stands.

—Above all, the economy is the dominant driver of voting patterns when the unemployment rate is high.

But the varied primary results raise a question: Do the old assumptions of politics apply still apply as the country changes?

Republicans and Democrats both are operating like they do. The GOP is trying to make this election about Obama and his policies, particularly his economic ones.

“It’s about change,” says Louis Pope, a Republican National Committee member from Maryland. “The last time America voted for change, the pendulum swung too far to the left. So this is definitely a referendum on the president’s agenda.”

Saul Anuzis, a former Michigan GOP chairman, sees the economy — and Obama’s handling of it — framing everything. Still, he acknowledges different issues are at play in different parts of the country. “At the end of the day, all politics is local.”

Rep. Chris Van Hollen, chairman of the Democratic House campaign effort, expresses confidence that the pitch will work, saying: “The American people don’t want to go back to the same failed Republican policies that got us into this mess to begin with.”

But for all the pitches by politicians and predictions by pundits, politics is personal. And it’s the voters, however fragmented, who will have the final say over what this election is really about — and set the course of the final two years of Obama’s first term.