Payday Loan : Is it a Real Threat to Economy? 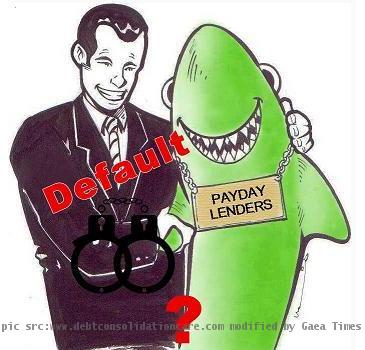 A Payday loan can be defined as a short-term loan with high interest rate given by any person or company. When such a loan is processed, a cash advance is made to the applicant by the lender. In return, the applicant signs a post dated check to the lender which includes the amount for the loan and the fee (inclusive of annual percentage rate). If the applicant fails to repay the loan within his next payday, the check is redeemed by the lender. Although the entire process looks pretty easy from the above, there is more to it than it meets the eyes.

The annual percentage rate (APR) or simply the interest rate charged over the loan by the lender varies from person to person or company to company. And hence, the basic controversy that surrounds the payday loan system is it’s tremendous high interest rates.

Payday loans are an easy option for people who do not have a regular income or have minimum assets. These people cannot get a normal long time loan with low interest rate from the banks and hence are forced to take payday loans. So the lenders takes this opportunity to exploit them by charging high interest rate of money. Most of the internet payday lenders are found to be illegally charging money. In general cases, a borrower can get back his post dated check once he/she has cleared off his loans. But in case of some lenders, they cashes the check to get back their payment even before the due date.

The reason why so many people take up the payday loans is that there is an urgency that they have to pay their debts to somewhere else or have to buy something important. Due to high interest rate, the applicant is not left with any extra money after paying off the loan. Hence it does not promote savings or asset accumulation to the people of low income communities. Critics such as Consumer Union has smashed this system for exploiting people’s financial hardship for profit. Lenders generally target the young or the people from the low income communities to take up the payday loans. As the borrowers fail to understand the consequences of high interest rate, they get trapped in a “debt-cycle”, where they have to repeatedly renew the loan and pay associated fees every two weeks until they can finally save enough to pay off the principal and get out of debt. The payday lending system is also very disadvantageous for the poor, compared to the middle class people, who can pay at most 25% or so on their credit cards.

However, several laws have been passed by governments of different countries to exercise control over this payday lending system. They are trying to limit the nominal annual percentage rate that any payday lenders can charge. Even some of the countries have banned this system or imposed laws which limits any lender the amount of money which he can give to a borrower as a loan. But one thing for sure. Until and unless, a proper way of loan distribution is arranged for the people of low income level, payday system is surely going to prosper because of it’s decisive simplicity.