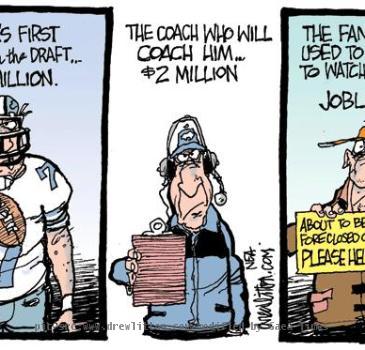 NEW YORK (GaeaTimes.com) — The small Business in the US are very excited about the payroll growth for the first time in almost 2-1/2 years this November. A survey report published by the National Federation of Independent Business claimed the above facts. It also said an average firm increase of 0.1 work in the month of November.

The business lobby group claimed that on a seasonally adjusted basis employment is increasing at an average of 3.4 workers. It seems to be a conflict of reports since the Labor commission reported that unemployment was at its 7 month lowest and as a result the dollar value plummeted. The data comes just ahead of the Government report on the non farm employees. The jobless rate was expected to hold at a 9.6 percent. William Dunkelberg, chief economist at NFIB said

Retail sales and income growth in October and November were strong, promising an even better fourth-quarter economy. Bottom line, this means more customers and a reason to hire or re-hire workers.

This is again gives the people a sense of optimism since the blood bath has ensued for almost for 2 years. In related news Canada’s Jobless rate had fallen unexpectedly as unemployment rate declined to 7.6% from 7.9% in October, the lowest since January 2009.

WASHINGTON - A 1,800-year-old bathhouse was discovered prior to the construction of a men's mikveh (...

WASHINGTON - People with paraplegia would now be able to exercise their paralysed leg muscles, thank...

WASHINGTON - Scientists have discovered that some species of snake can stay airborne for up to 79 fe...

LONDON - The next time you decide to buy those jazzy cartoon drinking glasses for your kids, better ...

LONDON - Detecting cervical cancer in women is set to get quicker, cheaper and more accurate, as sci...

WASHINGTON - Want to know about the formation of stars? Well, scientists have found that cosmic dust...
Copyright© 2010 The Gaea Times