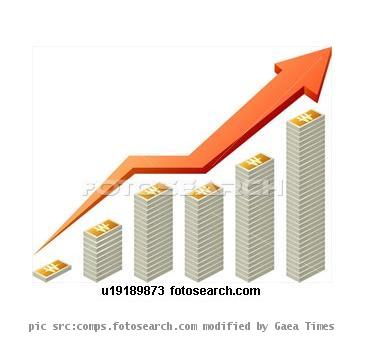 NEW DELHI, INDIA (GaeaTimes.com) — According to Finance Mister of India, Mr. Pranab Mukherjee, India’s economy could grow by nine percent this fiscal year. If the growth rate is achieved, it will be the highest in the last 3 years and its fiscal deficit will not exceed the budgeted target of 5.5 percent of GDP.

The data points out how the Indian economy is recovering fast from the global downturn, as well as the difficulties in controlling high inflation that has seen the Reserve Bank of India (RBI) raise key policy rates six times this year. Annual headline inflation in India was 8.58 percent in October, well above the Indian central bank’s end March target of 5.5 percent.