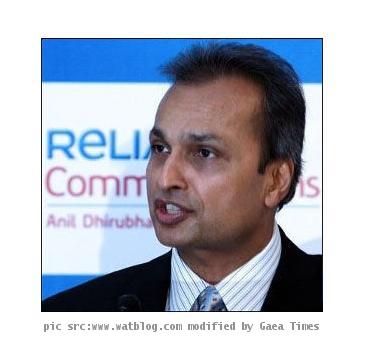 MUMBAI, INDIA (GaeaTimes.com)- Reliance Communications which is one of the top mobile network service providers in India has launched its 3G service in Kolkata, Delhi, Chandigarh and Mumbai. It is the second private operator after Tata Docomo to roll out 3G Mobile service in India. The 3G service will gradually be rolled out in 13 telecom circles by the end of the next year. Reliance Communications’ WirelessBusiness head Syed Safawi said on the launch of 3G service that the company will offer category best 3G wireless network. He further added that “Reliance 3G places us in a unique position with our suite of offerings covering 3G, CDMA, GSM and Mobile Broadband Data Services on the wireless platform”.

To offer the existing and new customers a superior and media rich 3G network experience, Reliance Communications has teamed up with a number of organizations such as Facebook, Universal Music, Nokia and Ericsson etc. A few months ago the company bought 3G spectrum rights for a whopping INR 8,585 crore. However, the company has said that unlike rival Tata Docomo it will not resort to aggressive pricing to woo the users to 3G service. On the contrary the company will focus on giving the customers the best value for their money by offering bundles of add on and seamless high speed data service.

Reliance Communications spokespersons said that existing 2G customers will be made to shift to 3G enabled sets without extra cost in ear future. However,the migration process may take up some months. The competition will become intense when more private players will unveil their 3G service in various telecom circles in India.

MUMBAI - From suggestions to ban such TV shows completely to wondering how much of adult content can...

Tumours are capable of making their own blood vessels: Study

LONDON - A new study has revealed that tumours don't rely on their host's blood vessels for nourishm...

Coming soon: a diving suit that turns humans into fish

LONDON - Humans may now be able go deep inside the waters, as a US scientist has designed a scuba su...

LONDON - A new study from the University of Exeter (UK) has said that global CO2 emissions may reach...

LAHORE - Unprecedented corruption and the price-hike have become top concerns of the people of Pakis...