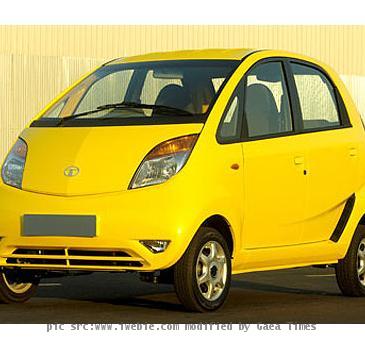 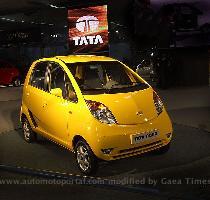 AHMEDABAD, INDIA (GaeaTimes.com)- The Nano was possibly the car that gave Tata Motors the noted Indian car maker more recognition in global car industry than what it got after acquiring super luxury brands like Jaguar and Land Rover two years back! Touted as the people’s car, the Nano was the first in India and world to break the INR 10000o price barrier. A section of the car industry veterans even said it will bring doom for the two wheelers in India as two wheelers will migrate to the cheapest entry level car gradually. However, nothing of that sort has happened and two wheeler sales continue to grow strong across India. On the contrary the response to Tata Nano has become weaker in recent times especially after a number of accidents where the car caught fire owing to its electronic parts. In last month just 509 Nanos were sold and the sales figure in July stood at 9000.

The scenario was drastically different in early 2009 when it was launched commercially. The Tata Nano has been hit by woes like fire hazards and production delays and the sale has been affected directly. The new small cars launched by rivals like Nissa, Ford, GM are ding really well in India despite their higher price tag. Recently Tata Motors announced that it would offer a 4 year warranty on the car in a bid to raise its sale and woo the buyers again.

Tata Nano has failed to repeat the success of Indica and Indigo the hatchback and Sedan that are made and sold by Tata Motors. It remains to be seen if the new extended warranty offer boosts its sale or not.

TATA-owned Jaguar to hire 1500 for production jobs, more in the offing

DELHI, INDIA (GaeaTimes.com)- After Tata Docomo it is the turn of leading GSM services operator ...

This happens to be the European variant of Tata Nano, known as 'Nano Europa'. It made its debut ...