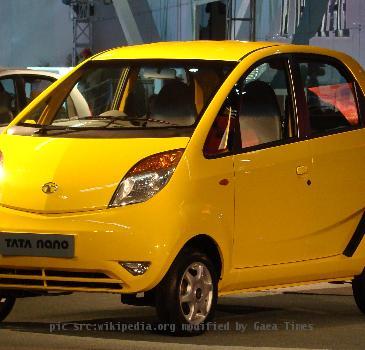 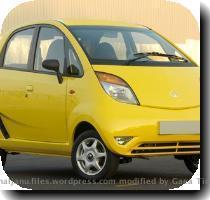 GUJARAT, INDIA (GaeaTimes.com)- Despite the interest and hype surrounding Nano, the cheapest car of the world Tata Motors did not exactly spend lots of money or time in its advertisement. However, now that the Gujarat plant of the company is functional and it has started churning out Nano models at full steam the company is all set to release a new ad for the car. The first TV ad of the Tata Nano is going to hit the small screen shortly. The ad will try to address the concerns of the customers regarding the safety, mileage and space in the model. The agency which has been given the task of making the ad has done extensive research among the potential car buyers.

The Tata Nano generated mass hype when it was officially announced and this could be the only car that people booked without opting for test drive. The ad may hit the TV screens in next month. The festive season is ahead and the company wants to sue the opportunity for selling the Nano. Kunal Kapoor a noted as film maker has shot the Nano commercial and he also did earlier jobs for companies like General Motors India Pvt. Ltd and Mahindra and Mahindra Ltd. The TV ad will be shown in all major TV channels and reach millions of households.

The ad will be made in different languages so that it can be shown in the various parts of the country. Tata Motors wants to infiltrate a new segment of the car market with Nano. Those who cannot afford other 4 wheelers yet want a better alternative to bikes are likely to be among the buyers of Nano.