Standard & Poor’s To File For Bankrupcy, Another Grocer Bites The Dust 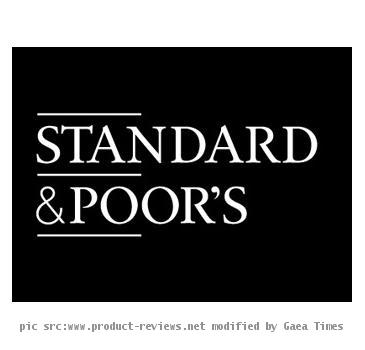 The popular Grocer A&P is not in high cash rations at the moment. The concern has reportedly filed for bankruptcy protection, this development is because they want desperately to restructure their ever increasing debt.

The grocer firm which operates brands like SuperFresh, Food Emporium and Pathmark Stores and the company was founded in 1859. The filing is expected this week. The firm has also hired the services of law firm Kirkland & Ellis to represent them. Expectedly the share prices fell to a rock bottom after the news was broken. It fell almost 53.36 to a value of $1.29, a price lowest in 52 weeks. The stocks were traded for $13 in January this year. Incidentally not so long ago in 2006 their shares sold for an incredible $35.

The major reason behind this unmitigated disaster are the super specialty discount stores like Target an Wal Mart became more successful. They eventually took the major share of the market leaving the Standard and Poor really high and dry. Its really time America realized the real cost of The discount stores.

MUMBAI - From suggestions to ban such TV shows completely to wondering how much of adult content can...

LONDON - A study has suggested that Internet chatrooms and social networking sites are to be blamed ...

Teachers in UK to bring back traditional reading tests

LONDON - Teachers in Britain are to bring back traditional forms of reading tests after one year of ...

GHAZIABAD - Around 150 students from different schools stepped into the shoes of traffic policemen f...

WASHINGTON - A new study has suggested that adding a face shield to the helmet worn by military pers...

LONDON - A 20-year-old Brit model has given up her glittering career to fight Taliban in Afghanista...

WASHINGTON - University of Cincinnati researchers may soon come up with low-cost, even disposable, e...

DUBAI - The International Cricket Council (ICC) has approved the reinstatement of the Ferozshah Kot...
Copyright© 2010 The Gaea Times