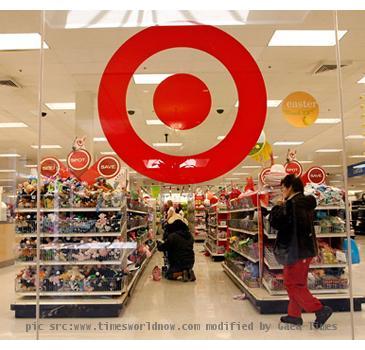 SAN FRANCISCO (GaeaTimes.com)- The Black Friday which is the unofficial beginning of the Holiday shopping season in USA has made the shoppers crazy this year since there are plenty of great offers waiting for them. Their excitement reached a crescendo ever since the big retailers like Walmart and Target published their ads for Thanksgiving and Black Friday. The Target’s ads for Black Friday this year contain a lot of gadgets and electronic appliances and the prices are alluring to say the least. The gadgets that are being offered at really low rates include Blu Ray players, consoles, TV and media players. It is also offering good deals on online purchases made on Black Friday. The benefit of free shipping is also there. Target just like rival Walmart has some lucrative door buster offers that are likely to be sold out in the morning of Black Friday.

This year Target has resorted to social networking and blogging services for spreading its Black Friday ads. To counter Walmart’s deal on 32 inch Emerson HD LCD TV, Target has unveiled its plum deal on the 40 inch Westinghouse Full HD LCDTV. The good thing is that Target will continue to sell products at Black Friday rates even on Saturday. Target is also offering a $10 gift card to those buyers who buy products worth $100.

The gaming lovers can lap up the Target deals on consoles like Xbox 360, Wii or Sony PS3. The Sony Blu Ray Player at $99 is also a nice deal along with 3 Blu ray titles at $12.99. There are a Samsung and Apex HDTV on sale at good rates.