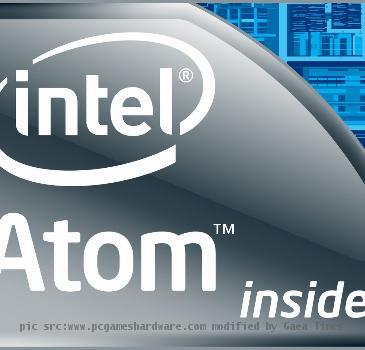 Intel’s claims that the acquisition of McAfee has been given the green signal by FTI. Intel boss was confident yesterday of the outcome and it seems now that his confidence was not misplaced. Another hurdle from the $ 7.8 billion dollar trade was removed with the verdict.

Intel announced the intention of going ahead with the deal on August 19. The recent announcement now clears the way for Intel to implement McAfee’s security features on Intel chips. Intel will be paying $ 48 per share of the company. The new capabilities provided by McAfee chips will come in the market on 2011. McAfee will continue to sell its standalone product.

Maingear has now unveiled its curtain to mid range PC gamers with the Alt-15 and Alt-17. Just a ...

WASHINGTON - A terror operation involving parcel bombs on UPS and FedEx flights in September and ...

SAN FRANCISCO (GaeaTimes.com)- With Black Friday approaching the customers and retailers are bec...

HP has unveiled Mini 1103 netbook today and this happens to be the cheapest 10.1-inch netbook in...

HP Mini 1103: A Quick Look at the Budget Business Laptop

Hewlett Packard announced the HP Mini 1103 claiming it to be the cheapest Business Netbook until...

With just couple of days remaining to the Black Friday, people are all set to do their shopping ...

Lenovo today launched a new laptop which they are touting as the world's first 12.5 inches displ...
Copyright© 2010 The Gaea Times