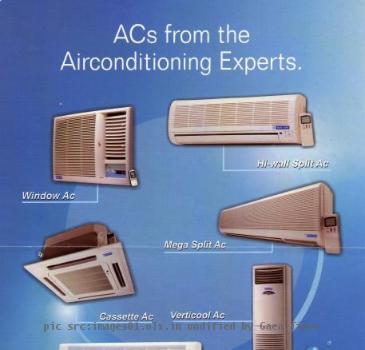 DELHI, INDIA (GaeaTimes.com)- Blue Star which is a major manufacturer of Air conditioning and commercial refrigeration units in India has decided to shift focus on residential market from the next season and therefore it wants to augment its range of air conditioners. It will also tie up with more retail outlets to reach out to the customers. Blue Star’s President B. Thiagarajan said in a press conference that in the last few year the demand for room air conditioners has increased significantly owing to high disposable income. This year the company wants to sell around 275000 units of Air conditioners in the country which will include both commercial and residential units. The overall demand for air conditioners in India is on a rise.

Blue Star has also launched a range of new split air conditioners. The new air conditioners would conform to the BEE energy ratings. The company has around 700 dealers in the country and it wants to boost its market through other reputed retail channels. As of now, the company has 5 manufacturing plants in the country and it wants to add one more. The president is upbeat about the possibility of growth in the residential segment. He said “We had test marketed a soft campaign in May last year on residential AC and this year would run the campaign pan-India”.

Blue Star is also planning to launch a new TV ad next month to woo the buyers in the residential segment. The company is expecting the AC segment in India to grow substantially in the next few years and it wants to expand its market share.

WASHINGTON - Astronomers have discovered a unique and exotic star system with a very cool methane-ri...

SEOUL - One South Korean soldier was killed and at least 13 injured Tuesday when North Korea fired a...

WASHINGTON - Scientists have discovered that some species of snake can stay airborne for up to 79 fe...

NEW YORK - US stocks fell and the dollar strengthened as Ireland sought outside help with its debt c...

Facebook-addict crooks make it easier for US cops

NEW YORK - Criminals in the US are bragging about their murders, rapes and robberies on social netwo...

LOS ANGELES (GaeaTimes.com)- While many will remember this year's American Music Awards for th...

1 in 5 Brits think Oliver Twist was written by Charles Darwin!