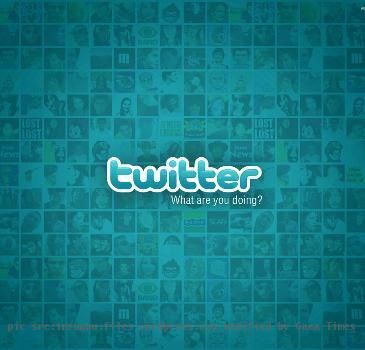 This news is a bit late but it should come as a welcome to those of you who missed. An investment firm based in London is actively using twitter as a stock market predictions. This gives fuel to the fire of the idea that twitter can actually be sourced for more useful things than celebrity gawking.

Also we should consider that the first breakthrough stock app was in fact StockTwits which featured detailed graphs and filtered messages according to currency. However this is the first development as such which is making an organized effort to make money out of the intense buzz surrounding twitter. Derwent Capital Markets has taken the venture by trying to understand the emotions of the users and then invest accordingly. Twitter has the distinction of being correct more often than not in these circumstances.

The funding based on the emotions of the twitter user in regard to a particular stock will be started from February 2011.

Prince William and Kate Middleton to marry next April

LONDON - Britain's Prince William and his fiancee Kate Middleton are to be married April 29 at Westm...

LONDON - Coach Arsene Wenger has vowed to give "every drop of his blood" to make Arsenal winners....

LONDON - A flock of flamingos in Mexico has been photographed forming the shape of a big flamingo. P...

LONDON - A study has suggested that Internet chatrooms and social networking sites are to be blamed ...

After 48 years, separated siblings bump into each other by chance!

LONDON - After almost five decades of separation, a brother and sister recently bumped into each oth...

Teachers in UK to bring back traditional reading tests

LONDON - Teachers in Britain are to bring back traditional forms of reading tests after one year of ...

LONDON - A man has come forward to claim that songs he recorded mimicking Michael Jackson are now be...
Copyright© 2010 The Gaea Times