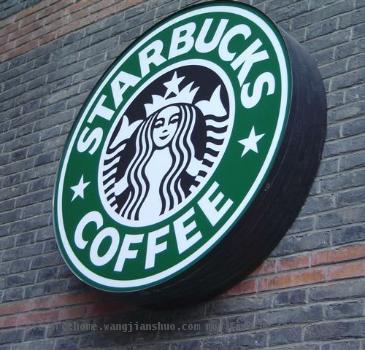 SEATTLE (GaeaTimes.com)- Starbucks known as the worlds’ biggest coffee shop chain has altered its well known logo, a nymph surrounded by its name in an attempt which suggests expansion of products. The wordless new logo is a sign that the company will make foray into hitherto untapped segments to enter new markets and strengthen its market in the home turf. The logo change has made headlines and the brand experts are divided in their opinions on it. A segment of industry analysts have said the brand is doing well and the logo change will not boost its profits dramatically. On the other hand, a Harvard Business School professor named John Quelch said “The brand is now evolving to a point where the coffee association is too confining and restrictive”. The new logo according to him is not confining and stands for the Starbucks experience which definitely is not restricted to Coffee.

The CEO of Starbucks defended the logo change saying that it has been done with a purpose and it has got to do with the expansion of the brand into new markets and product range. After getting enlisted in NYSE in 1992 Starbucks changed its logo for the first time. It adopted product expansion after getting hit by the recession a few years back and the move has worked well for the company. The new logo may help it achieve its purpose.

Industry sources say that the brand may start selling alcohol along with its other beverages in near future and may even venture into non food products as well. There are instances of some brands like Puma and apple achieving iconic status with their logos and these companies do not have to use names to win the faith of the customers. The new logo of Starbucks will be officially unveiled in March this year.

SAN FRANCISCO - Facebook unveiled a plan Wednesday to leverage its dominance of social networks to b...

Any good free thing comes with a rider that asks the question "Who is paying for it?" Twitter th...

NEW YORK - Twitter is all set to team up with a host of marketers, such as Starbucks, Virgin and...

Ren�e Zellweger out and about at Starbucks in Santa Monica Los Angeles, California....