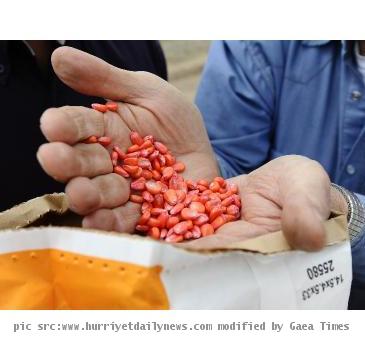 LOS ANGELES, (GaeaTimes.com)- On Sunday, DuPont, a U.S. based chemical group said that it would purchase Danisco, a Danish food ingredients and enzymes firm for $5.8 billion, in order to boost up its position in the rapid-growing food sector. This cash deal would supposedly enable DuPont in making a position for itself in the chemical industry, especially the industry which manufactures food additives. This chemical industry was dominated for a long time by another rival company. The deal is also supposed to bring about a cooperation between the two companies in the field of technology and biofuels business. According to reports, the deal is expected to close by the second quarter of 2011.

CEO of Danisco, Ellen Kullman took over the company 5 months after it gave voting rights to shareholders to buy its shares. Ellen Kullman did this in anticipation of expanding the company all over the globe. The takeover target was huge and so he took the initiative. Jyske Bank analyst Jens Houe Thomsen said that the enzyme market was “very attractive” since almost all companies making food, animal feed and detergents, are dependent on bacteria and natural catalysts for improving their yields as well as to counter the input costs. Under Chief Executive Officer Tom Knutzen, Danisco has given its investors a return of 53% over the past one year. That is pretty huge!

Danisco closed down on its shares at 530 crowns on Friday. If the total financial statistics of the company is taken into consideration, the deal is about 25% above its closing share price. In a statement, Danisco said that it is an unanimous decision of the board of directors of the company that shareholders accept their offer. DuPont has a market capitalization of around $45billion.