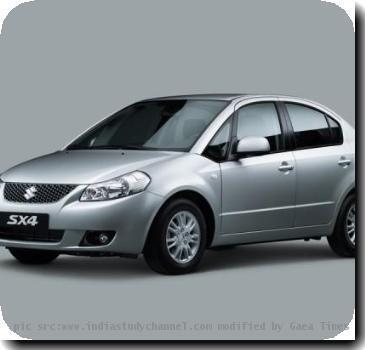 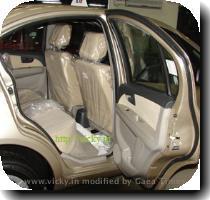 NEW DELHI, INDIA (GaeaTimes.com)- Maruti Suzuki which is the leading car maker of India is trying to expand its production capacities in the country and also unveiling the revamped model of the popular sedans and compact cars to retain its market share amidst increased competition. Indian car market is very important for parent Suzuki Motor of Japan as well. The MD of the company Shinzo Nakanishi recently said that the company reached the limit of its existing production capacity of 1 million cars per year and in spite of that the plants in India are struggling to cater to the increasing demand of the buyers.

Maruti Suzuki is going to set up another production plant shortly in Haryana to manufacture 250000 more cars per annual in the country. The new plant will be ready by 2012. The company unveiled new version of its popular Alto hatchback named Alto K10. The company has been losing its market share to rivals like Ford and GM for some time and it is in no mood to let its share go to the competitors. The competition is the strongest in the compact car segment and a lot of new models have been released in this segment by several car makers.

Maruti Suzuki also exports the popular models to several countries. However, owing to the hike in withdrawal of incentives in some countries the export has reduced in recent times. Therefore the company is trying to find new markets abroad. The company is also planning to bring out CNG and dual fuel models of its popular models in India. The Wagon R Duo is selling well.