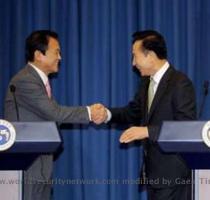 Yonhap news agency reported Saturday that Yu made his offer to President Lee Myung-bak through presidential chief of staff after he was accused of nepotism when his daughter was handed a midlevel post handling free trade affairs in his ministry.

The foreign ministry spokesman was not immediately available for comment.