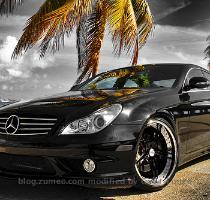 SAN FRANCISCO (GaeaTimes.com)- 2010 is a year the automobile industry is going to remember very well for the worldwide recall of almost all top car brands! The recall fiasco started with Japanese car giant Toyota and soon others like Honda, GM and BMW joined the bandwagon. The latest car maker to join the list is none other than Mercedes Benz. The luxury car maker has announced that it is going to recall 85000 models owing to a problem with steering control. The 2011 E-class models will be recalled along with the 2010 C-Class models, the company has announced. The defect can cause the power steering fluid to leak resulting in unwanted compromise in steering control mechanism.

Mercedes is known as among the luxury car makers that offer unmatched quality and safety features on their models. The company said on its part that owing to this defect the users may face hardship in controlling the car in some situations and this may lead to accidents. It is evident that Mercedes has not taken any chance and so has decided to recall before its image gets tarnished. However, no accident or injury has taken place so far owing to the steering problem in the aforesaid Mercedes models.

Mercedes has admitted that it has got some complaints from the users. The owners of the recalled Mercedes cars have been asked to take their cars to the nearby dealership to get them fixed. The company has also said that the recall has started this month. It is a voluntary recall on the part of the German car maker. However, the industry insiders do not think it will have an impact on its global sales.