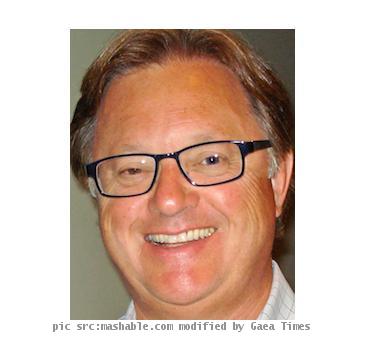 NEW YORK (GaeaTimes.com) — The Huffington Post will be worth more than The Wall Street Journal in a few years if CEO Eric Hippeau. has his way the answer will definitely be true. In a recent interview he was quoted as saying “I think probably [us]” when asked the question which among “The Huffington Post” or “The Wall Street Journal” would be worth more in the next few years.

As soon as he made the comment Dow Jones President Todd Larsen commented that “I think it’s highly unlikely”. The statement was made on the stage of a reputed Business publication’s conference. Todd Larsen went on to say that the Wall Street Journal is focused on

Our focus is to get people to buy the Journal, and not focus on buying the print or the iPad edition, etcetera. We want to make it easy for consumers to pay once and get it all over the place, on any device they want

Hippeau expressed confidence about the growth of The Huffington Post. The publication has surpassed the New York Times while maintaining a key focus on a younger audience. He has focused on boosting the advertisement revenues of the publication since despite the rise in circulation the publication is yet to gain favor from the various concerns. The idea will be to optimize the ads on the basis of the core readers of the publication by making them more relevant. Larsen also expressed his desire to explore the online media and wants the Wall Street Journal to be the only source for everything news worthy.