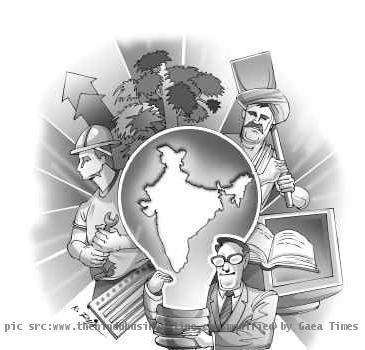 KOLKATA, INDIA (GaeaTimes.com) — Who says India is known only for the Taj Mahal, Bollywood or her spicy cuisines? With 6.7% economical growth and a domestic consumption of 57% (Highest in Asia), India is surely one of the fastest growing commercial hub of the world. Infact, not many other countries (except US, UK, South Africa, Brazil and France) have higher domestic consumption figures more than India. Even more staggering is the potential for real growth in consumer spending including small luxuries spending and debt-free necessities. According to some of the Economists, Indian Middle Class, which is about 5% of the total population of the country at present, will grow to make up 40% of the population by 2050. Thus reducing the poverty line of the country while increasing the per capita income of each person.

But hang on a minute. Before you get too excited and spill your cup of coffee over the table, please remember that there are some major challenges India is facing regarding her growth and economical stability. With the food inflation now reaching a record level of 17.47%, about 1 billion people in India are classified as hungry by the World Bank.The number is closer to one-third of the entire population of the earth. In terms of Per Capita Income, India ranks 142 at present among other countries. Now the question rises - how is it possible for a country to have such a rapid economical growth in one hand and still be entangled in various major drawbacks like hunger, low per capita income etc. on another at the same time? The answer is simple enough. India is an example of highly potential economic flexibility merged with inherently acquired internal complexities. According to Dr.Manmohan Singh, present Prime Minister of India and a reputed Economist, “there are no binding external constraints on India’s economic growth. Most constraints we face are inherently internal”.

So how do we avoid these hindrances and move towards a better economy? Interestingly, Valdimir Lenin once said, to have a modern and mighty state, it is imperative to have to two Es : Education and Electricity. Though the Soviet Union collapsed in less than a century, (thanks to its own internal contradiction) no one can deny the fact that the two Es were responsible for U.S.S.R’s growth in the early years. Unfortunately a country (like India) lagging behind in these two fronts, are also effected by a huge number of other related problems. Let’s see what are the reforms India has to take before she can reach her goal - 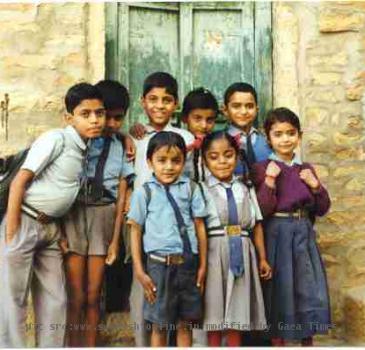 Despite of a huge progress in primary education sector in recent years, India still lacks hugely in number of Universities; both quality and quantity wise. Though the Right for Education has been made a Fundamental Rights under Eighty-Sixth Amendment in 2002, still the literacy rate is around 65%.This is much lower than the worldwide average. Besides, high dropout rate and poor education system are also source of major concern. Our demographic dividend will turn into a huge liability if we fail to empower our people through skill development, for which good education is an essential pre-requisite. Thus reforms in education must rank first on any agenda for faster economic growth. 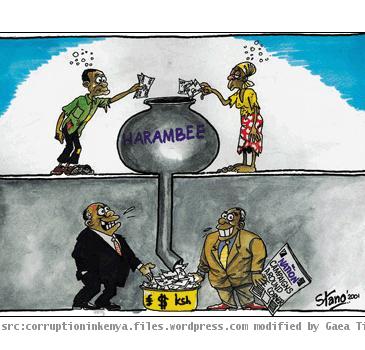 Perhaps the most talked about point after Indian Cricket over the tea - Corruption and Government mismanagement. These are the fancy way of telling that bureaucracy stinks. Needless red tapes, duplication of authorities among different departments, agencies and states really needs to be sorted out. And more importantly, the bribes and kick-backs, including the problems which dishes out for not giving bribes and kick-backs seriously needs to be eradicated or at least brought under control. 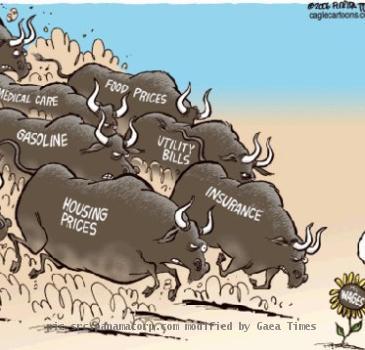 A formal adaptation of Inflation Targeting would be a sensible move to help India achieve price stability. Very easy solution right?? Easy for a MBA student to write in the exam paper, but not at all in the real world. As the interest rate is increased by the Central Bank to rein in prices, economic growth will get reduced one way or another. Which in turn will reduce job creation causing hundreds of millions of people going below poverty line due to lack of income. Government might increase some of the taxes and reduce various government spending. Since food is so central to overall consumption in India, increasing the supply of it might help bring down inflation. 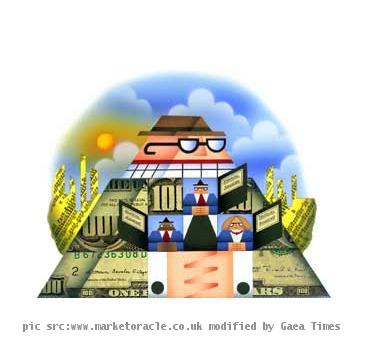 This point should come only after we have attained governance improvement and created numerous job sectors to bring more people out of the poverty line. Fiscal policy should be adapted in form of “more credible medium term plan” as to reduce spending and/or increase government revenues. Though this point smacks a bit of IMF-style austerity measures to some, a plan to reduce the deficit and ultimately run a surplus should be worked out, more so for our sake only.

To have a liberalized financial market means, giving the Indians a chance to take on debt to buy houses/cars, use debt lines on credit cards, encourage them to refinance while the economy grows, taking cash out and keep increasing their debt. This might lead to bundle all the debts in CDOs, and leverage up the assets to bubble until there is a massive crash in the Indian market, at which point we get a govt. bailout. No thank you. We shall be more interested in keeping a more conservative model rather than blindly following the deregulated western markets. No disregard intended.

This one we can all agree upon. More trade with countries like China, Pakistan, Bangladesh, Sri Lanka, Myanmar, Nepal etc. shall reduce the chance of conflict among us and also more commerce will helps us all! 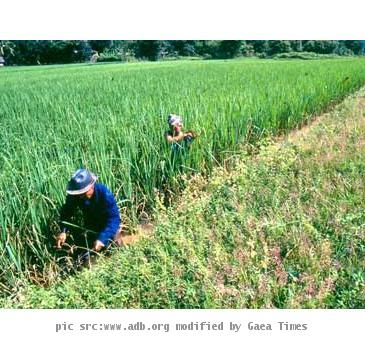 Since the time of Green Revolution, agricultural productivity of India have not increased. This has caused a serious case of food crisis.If genetically modified seeds which needs lesser water and yields more food can be promoted along with currently available technology and techniques among the farmers, it might increase the productivity of the nation. If food supply can be increased, inflation can be reduced to a greater extent. And if there is a surplus, it can be traded with our neighbors for money.

Yes, we all know that India has got some high quality roads, bridges, airports and sea ports, not to mention the largest Railway network in the world, but much of them needs work too. Although the mobile network has been a blessing, but the traditional telecom and IT industries are not really up to the mark over here considering the fact that India is the largest outsourcer of IT and customer support in the world. But infrastructure improvement does not include only roads, bridges etc. Same changes are required in social infrastructures also. Mental and physical health improvement should be at top of the priority list. Surely things are getting better, but still the scale of this task remains vast.

Indian industry needs flexibility to deal with the new and much more competitive situation regarding labor unrest and manpower management. It needs to be adaptable while downsizing and also to restructure and reorganize business through sale acquisition and merger.The present labor laws are a serious impediment to this process. Laws must be standardize keeping in mind both the party’s welfare. 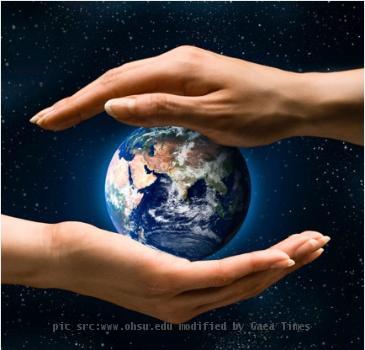 Following the words of Lenin, greater efficiency in energy production has to be achieved along with proper resource conservation for future. It is also worth pointing out to the fact that the controversial plan to generate nuclear energy can play a bigger part in securing both energy security and a clean energy source.This will reduce the problems of carbon pollutions and all other greenhouse gases. Although radioactive waste disposal with half life of thousands of year might be a minor fly in the ointment.

Before starting to prepare for a great opening towards future, Govt. must be ready to wipe out its various messy parts. No one is perfect. But if we don’t start now, we shall never reach the goal. Government should invest in new technologies and promote the supply chain support for food production. These measures will boost govt. revenues and will help to bring down revenues in time. Points like educational reforms, trade with neighbor and inflation control are all no brainers, but yet highly important from future perspective. Improved environmental quality might not be a critical thing not, the lead for this will automatically come from elsewhere. And as for opening up financial markets to outside world; there is just one thing to say - forget it. Self- dependent marketing strategy was one of the reasons that we did not suffer in the recession as bad as others.
But, these are just my views regarding the topic. What do you think? Shall we see a new sun in India’s economy on 2011? Feel free to share your opinions.