I’m not going to stand by and see laid-off workers cut off from their lifeline: John Kerry on Tax Cut 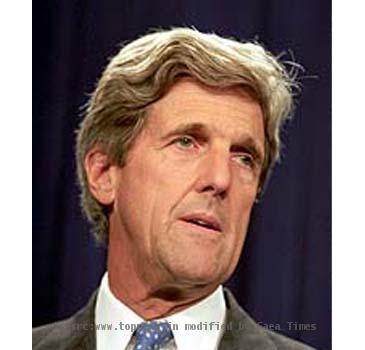 The Democrats have decidedly voted unanimously in against Republican backed Obama’s tax cut extension plans. This incident happened over a closed room meeting today. But then despite the odds US Senator John Kerry, Democrat of Massachusetts was reported to be voting in favor of the spending compromise which are being negotiated by President Obama and the congressional republics.

The deal is going to extend the tax cut implemented during the Bush era. Many of the Democrats have for a long time opposed the extension of subsidized rate for the family with a monthly income of $250,000 it was insisted by the republicans that the taxes must not be raised on a weak economy such as this. John Kerry said

I oppose extending the Bush tax cuts for the wealthy and have voted against them since day one, every time in between, and opposed them when I ran for president,But the unavoidable reality remains that week after week, vote after vote, Senate Republicans marched in lockstep to hold middle class tax cuts and unemployment insurance hostage to bonus tax cuts only for the wealthiest Americans

Kerry mentioned that he was acting on the behalf of the laid off workers who were facing lesser benefits. He contends that this is something he has had to make a choice on

Press Conference of the President after NATO Summit

Remarks by the First Lady at "Let's Move!" Student Event