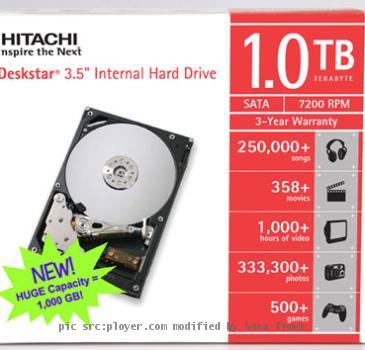 TOKYO, JAPAN (GaeaTimes.com)- Hitachi Limited, a Japanese technology giant which is popular for its various types of hard drives worldwide, is in plans for coming up with an IPO of the hard drive unit it has. The IPO may come by the end of 2010, as it has been reported. Hitachi Global Storage Technologies, its hard drive manufacturing segment is rated as the third largest hard drive maker of the world nowadays. The valuation of the farm can stand at 3 billion, as industry veterans suggest. The company competes with Western Digital Corp and Seagate Technology Plc, two of its major rivals. Reportedly, the bankers are in discussion with the company regarding the issue and things could get finalized within a few months. Goldman Sachs Group Inc may act as the underwriter.

Raising an IPO will help Hitachi Limited financially and it can do well by shedding certain segments in its business. HGST is now led by Chief Executive Officer and President Steve Milligan. He used to be the former CFO of Western Digital Corp.