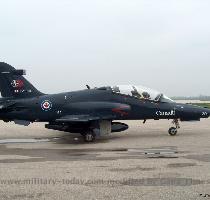 LONDON, UNITED KINGDOM (GaeaTimes.com)- The job market of United Kingdom suffered a major set back on Thursday when one of its top defense service providing companies announced job cuts. The B.A.E Systems on Thursday announced that it has decided to cut around 740 jobs in its Britain military aerospace business. The announcement comes just before the country’s defense spending review for the year that is scheduled to be declared on Oct 20. What analysts are viewing as the tip of an iceberg, the B.A.E. Systems job cuts has already created waves across the country.

The B.A.E spokeswoman on Thursday said that the company has made the announcement within its UK Military Air Solutions business and it will initiate the consultation process for the proposed 740 job cuts. The Job cuts will be done in five sites of B.A.E Systems‘ UK firms that are based in Brough, Warton, Chadderton, Samlesbury, Farnborough. Reports claim that the potential job losses will be in the engineering, associated support functions and manufacturing departments. The company on its part held that the shedding of jobs are being done due to make changes in workload. It hopes that the job losses will enable it to have an efficient and lean business in times to come. According to B.A.E Systems, the company’s “program of rationalization and efficiencies remains ongoing”.

However, 2010 and 2011 are going to bring some more job losses reportedly. The Unite union on Thursday mentioned that B.A.E Systems Integrated System Technologies (Insyte) unit will soon cut around 206 jobs. However, the company on its part maintained that the Insyte unit job cuts were announced last year and the consultation process surrounding it will continue.