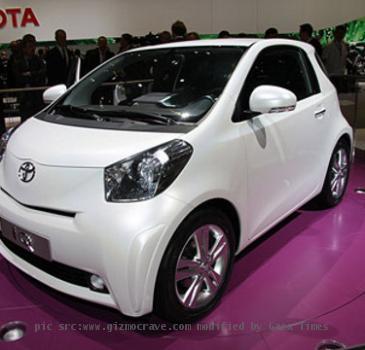 DELHI, INDIA (GaeaTimes.com)- Toyota which is one of the leading car makers of the world is all set to unveil its much touted small car named Etios in Thailand and India in near future. The company also has similar plans for the markets in Brazil and China. It is going to be priced competitively says the company and will also come with reliable after sales service. The car may be sold in India by the last month of this year. The car will be based on hatchback design and will lock horns with Skoda Fabia and Maruti Suzuki Swift. The hatchback version of the car will be priced around INR 450000 and the sedan variant will sell for INR 530000 approximately.

The Etios can help Toyota in increasing its market share in the hugely competitive Indian car market which is witnessing unprecedented growth in recent times. In 2010 the rivals like Ford, GM and Honda have come up with their new models in hatchback and sedan segment. With big players like Volkswagen and Nissan also making there presence felt in India car market Toyota is trying its level best to retain and increase its market share. The company had a rough brush with a series of recall affecting its sales and reputation in the global car market.

Toyota Etios can trigger a fresh price war in the compact car segment in India. The company is likely to come up with a new ad campaign for the model prior to its launch. In India Toyota sells its MUV Innova and Sedan Corolla. It also got good response from the buyers with the SUV Qualis which sold very well.